This soundset covers a nice broad range of sounds from boomy trap type basses and stabs to dirty  DnB reeses.

Each sound has all 8 Macros assigned for ultimate tweakability.

The Manual sounds all have a Cutoff Macro so you can modulate the cutoff however you like. Assign it to a knob on your MIDI controller and tweak away or manually draw in the automation into your DAW.
The modulated sounds are synced to tempo, so if you've got a track at 100 BPM for example, the sounds will slot into place nicely.

The 60 sounds are split into the following categories.

The release of Looplab Vol.1 - Drum & Bass Drumloops,by ASL SoundLab, was the first from this relatively new company to register on the MusicTech radar. After giving the diverse,dynamic and very usable sample pack a 10/10 in Issue 127, there’s now a lot of pressure for the company to come up with something of an equally high standard. New World Order is a preset pack for the now infamous Massive synth plug-in from Native Instruments. Being in the higher preset pack price bracket, we think a buyer will expect something extra for their investment, so we booted up Massive immediately after installation to find out what’s on offer.

plit into folder of enveloped synths, FX, manual filter,modulated pads and percussion, you immediately see a different approach for organising sounds – based on how you might use them rather than what they sound like. For example, manual filter presets have no modulation, so you control rhythmic filter aspects through automation,MIDI control or another plug-in; modulated sounds are self- modulated and already rhythmic in nature.
The number of presets isn’t huge, but as you flick through you can hear the craft that’s gone into them.In fact, for those thinking they can spot the sound of Massive froma mile off, you’ll be pleasantly surprised at what ASL engineer Rob Jevons has achieved.

Among the strong, diverse sounds are some great impact basses, earth-shattering rumble bass and very strong Hoover-esque leads with enough originality to sound different. Many others are simply too hard to describe.
This is a pack with a good selection of sounds that you can use as new building blocks or reverse-engineer to gain more knowledge on how you can get new sounds from this almost modern classic synth.

Neurohop Automations - 60 presets for NI Massive + drum sounds If you are looking for full control o.. 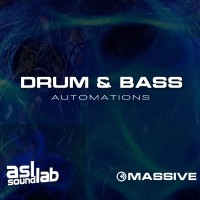 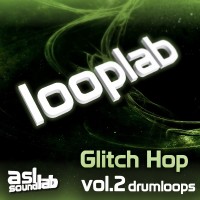